Consider All of the Paths In Front of You 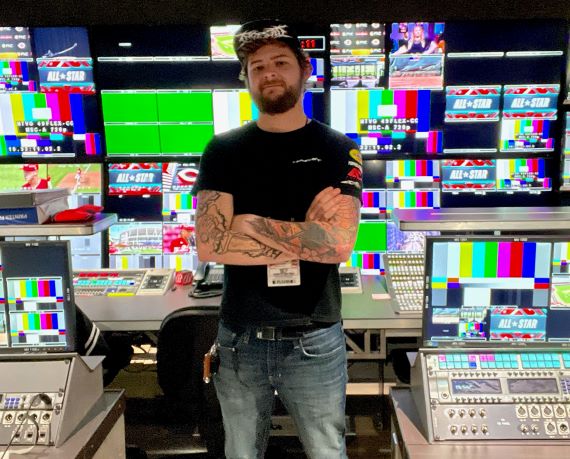 with a Plan on a Career in Music Production, Not Broadcast Engineering

Renen Hicken loves music, and as a teenager he planned on a career in music production. That’s not where the road took him once he began his formal training.

Growing up in Colorado, Hicken, now 22-years-old, was involved in music both inside and outside of school, and the path he saw himself taking led him to the Conservatory of Recording Arts & Sciences (CRAS) in not too far away Arizona.

“I attended CRAS planning on a career in Music Production, but quickly realized that I was far more interested in the creative problem solving and technical side of things,” Hicken explained, who graduated CRAS in 2018. “I went looking for the most technical job I could find, and it seems I found it with broadcast engineering.”

CRAS is composed of two nearby campuses in Gilbert and Tempe, Ariz. A CRAS education includes music, broadcast audio, live sound, film and TV audio, and video game audio, all taught by award-winning instructors who have all excelled in their individual fields, including sound reinforcement, audio recording and production, digital recording, troubleshooting/maintenance, and music business.

Once Hicken’s formal classes at CRAS ended, he was able to intern at Mobile TV Group. Once there, he was able to prove not only to himself but his superiors that he made the correct education and, ultimately, career choices by excelling at the internship. This opportunity led to the career that he was destined for from the beginning.

“Renen did exceptionally well at CRAS, excelling in every avenue of his studies while on campus,” explained Rachel Ludeman, CRAS employment coordinator. “He was laser focused, driven, and had a confidence about him that was impressive but not boastful. By the time he hit our broadcast classes, he knew it was what he wanted to pursue. Renen was consistently in the Internship office, talking and planning about his future goals. No detail was too small. I believe these traits are what helped him succeed in his career at MTVG.”

After his internship ended, he was hired by MTVG and became a maintenance engineer. After just more than two years in this position, Hicken was promoted to Engineer-in-Charge in May 2021.

“Renen was able to quickly become a valuable member of the MTVG team,” said Nick Garvin, COO, Mobile TV Group. “He transitioned to an Engineer-in-Charge (EIC) position on one of our newest and most complicated IP Mobile Units supporting MLB, NHL, and NBA productions.”

As an EIC, Hicken is responsible for the equipment used to produce a professional broadcast…everything from microphones and cameras to routers, switchers, and audio mixers. In setting up, routing feeds, and coming up with solutions on the fly, it’s his job to keep things running smoothly.

Reflecting on his personal path and what he would say not only to current CRAS students but soon-to-be students contemplating their own future, Hicken said, “Instead of focusing on what you want to do, examine why you want to do it. You may be surprised as to what you learn about yourself, and it could lead you down a vastly different and more rewarding path.”

About The Conservatory of Recording Arts & Sciences

The Conservatory of Recording Arts & Sciences is composed of two nearby campuses in Gilbert and Tempe, Ariz. A CRAS education includes broadcast audio, live sound, film and TV audio, music, and video game audio, all taught by award-winning instructors who have all excelled in their individual fields, including sound reinforcement, audio recording and production, digital recording, troubleshooting/maintenance, and music business.

CRAS structured programs and highly qualified teaching staff provide a professional and supportive atmosphere, which is complemented by its small class sizes allowing for individual instruction and assistance for students in engineering audio recordings. CRAS has been providing quality vocational training in audio recording for more than three decades. The curriculum and equipment are constantly being updated to keep pace with the rapid advancements in the music and sound recording industries. CRAS’ course offerings and subject matter have always centered around the skills and knowledge necessary for students’ success in the audio recording industries.

The 11-month program is designed to allow every student access to learn and train in all of the Conservatory’s studios which are comprised with state-of-the-art audio recording and mixing gear, the same equipment used in today’s finest studios and remote broadcast facilities, including Pro Tools 12, API Legacy consoles, SSL AWS consoles, Studer Vista consoles, and much more. All students must complete a 280-hour industry internship to graduate from the Master Recording Program II that may ultimately lead to industry employment.

For more information on the Conservatory of Recording Arts & Sciences, please visit www.cras.edu, contact Kirt Hamm, administrator, at 1-800-562-6383, or email to [email protected] 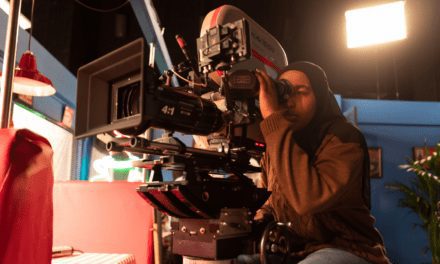 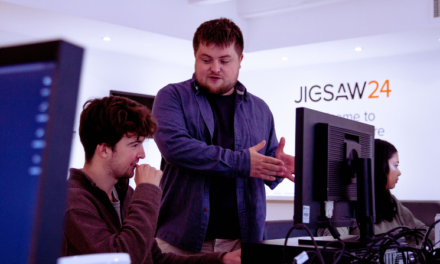 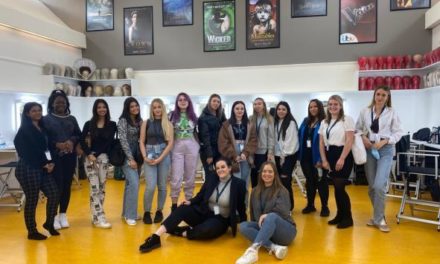 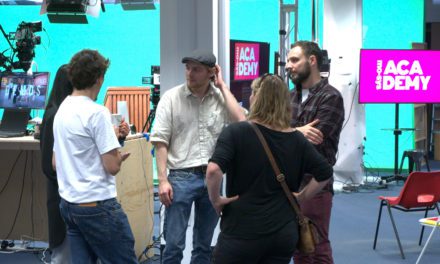