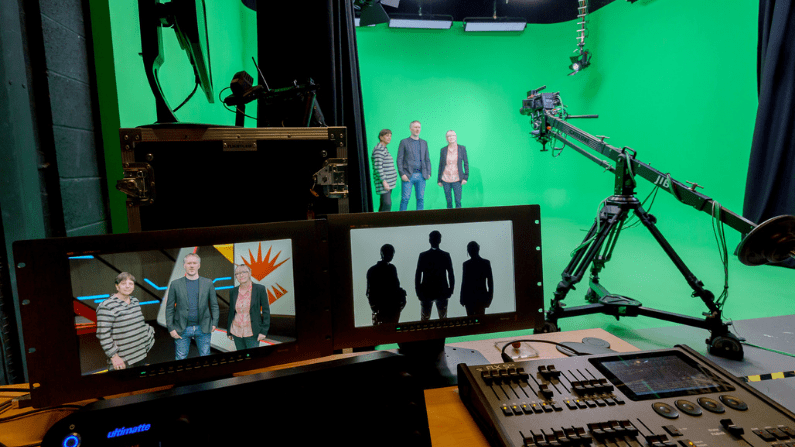 The UK Broadcast Systems Integration sector, despite all the upheavals of the last few years, has seen its companies prosper and grow, completing projects of ever increasing technical complexity. Providing premium planning, installation, project management and technical advice.

“This was a large commission by any standards with this new resource set to play a major role in Scotland’s creative media industry,” Dega Broadcast Director John Cleaver told this publication. “Module-R and MediaWall both give us the ability to specify solutions with the required features and dimensions from a standard range of modules. A Custom Consoles MDesk-Technical was specified for one suite where internal hardware and cable requirements were limited.”

John went on to say “The eight desks supplied for this project include seven from the Module-R series, comprising three for the production control room, two for the lighting and video control room, plus a grams desk and reverb trolley for the sound control room,” details Custom Consoles Sales Manager Gary Fuller. “Largest of the eight is the front desk for the production control room. This is a 6.7 metre wide in-line unit comprising 13 bays. A vision switcher is embedded into the work surface across the central three bays. Monitor displays on individually adjustable support arms are mounted at several locations along the rear edge of the desk. Pre-drilled mounting points can be accessed at any time to accommodate additional monitors. Eight of the bays incorporate 2U desktop equipment pods, supplemented by an 8U-capacity pod above the right-hand bay. The desk is supported by six of our standard extruded aluminium legs, all of which come with integral cable ducts. The eighth desk, MDesk-Technical, was integrated into the recording operations room.”

Dega Broadcast Systems, established in 1988, is a fully independent and self-financing provider of systems integration services for the professional television and radio industry. Based in Basingstoke, the company carries out contracts in many parts of the world but works predominantly within the UK. Dega’s philosophy is to develop long term relationships with its customers by providing exceptional service and building trust. Each project is closely co-ordinated by a director of the company. This ensures that the high standards to which Dega aspires are tightly monitored and maintained. The company directors are equal and all have engineering backgrounds.

As well as Broadcast System Installation companies the UK also hosts some of the biggest suppliers and manufacturers catering for the SI sector, these companies are often intimately involved in the installation of major projects, this was the case with Argosy Ltd in March of 2022 when they returned to Timeline Television to supply their cabling, connectors, power management and racking solutions for multiple new studios, production control rooms and edit suites

“We chose Argosy because of their reliable reputation, not only for supplying first-class products at a competitive price, but for their ability to source solutions in a timely manner,” said Bradley Woollett, Lead Broadcast Engineer at Timeline Television Ltd. “Our deadlines have been tight and sourcing materials has been challenging because of the pandemic and the worldwide shortage of materials, but Argosy and DIS have absolutely delivered on their promise.”

Argosy’s Image 360, Image 720 and Image 1000 series of digital video cables run through the entire EBC, connecting the facility’s routers, vision mixers, servers, monitors, decoders, encoders and much more. The Image Series is designed to provide superior performance at the higher frequencies of digital applications, as well as being suitable for use at lower frequencies for analogue applications.

“Everywhere in the facility that needs a video cable uses Argosy’s Image series and connectors,” said Woollett. “Cables and connectors aren’t the most exciting part of the build, but they are absolutely critical to our operations. Argosy is known in the industry as the gold standard, so who better to trust.”

As well as UK Broadcast Systems Integration companies working for some of the biggest broadcasters around the globe, they also build Broadcast Studios for many other sectors education being a point in case, ATG Danmon recently announced the completion of a large-scale media systems integration project for a leading UK university. The new resource is designed and equipped to support a wide range of courses in television and film content creation and post-production as well as research in media-related technology.

The project tender was issued in two phases. ATG Danmon was chosen as the systems integration contractor for phase 1 on the basis of its proven experience as a successful tier-1 contractor in the broadcast, educational and corporate communications sectors.

“This is the latest in a series of projects we have completed for UK universities in recent years,” summarises Jonathan Hughes, ATG Danmon Head of Systems Integration. “The media educational sector is a very healthy one which has responded well to the ongoing advances in technology at every point in the content capture, post-production and delivery workflow.”

ATG Danmon, part of the Danmon Group, is an international systems integrator and a world-class supplier of broadcast systems planning, design, installation and commissioning services. Customers include some of the world’s largest television and multimedia networks. ATG Danmon is also active in the educational and corporate sectors. The company has partnered with many clients in the construction of IT-based automated file workflow systems, high-definition studios, master control rooms and playout facilities, as well as the upgrade of existing SD systems to HD and UHD. With offices in Asia, Denmark, Germany, Norway, Portugal, Spain, Sweden and the United Kingdom, the Danmon Group (www.danmon.com) thinks globally and acts locally to support customers with its highly experienced sales and engineering teams.

Another SI supporting the UK education sector is  CJP Broadcast Service Solutions, a leading provider of products and services for the broadcast and wider television industry, they recently announced a major project for the University of Sunderland.

“The first project element will be the provision of a curved LED volume incorporating the latest Mo-Sys LED technology and Bendac InfiLED 1.9 mm LED panels. The faculty will use a Mo-Sys VP Pro XR LED content server to drive the LED volume, featuring seamless Multi-Camera switching, Cinematic XR Focus for pulling focus between real and virtual objects, and Set Extensions. Tracking will be provided by a Mo-Sys StarTracker.

“The second project will be the upgrade of an existing TV studio. It was important for the faculty to upgrade its legacy production infrastructure to full broadcast quality. We recommended and will be implementing a full Ross Video workflow, ready for 4K-UHD expansion.

“Third will be the integration of a motion capture and virtual camera system into the 4K-UHD chromakey studio which we installed last year. This presents an opportunity to incorporate new solutions that further enhance the film and television course modules. It will include areas such as virtual cinematography linked with the Mo-Sys VP Pro Unreal Engine plugin.

“The fourth element of this group will be a mobile production kit based on a StreamStar X4 capable of accommodating up to four camera channels plus a wireless camera link, LiveU LU300 field unit and Hollyland wireless intercom. This will enable students to capture live events on the fly, with integration back to studio.”

CJP Broadcast (www.cjp-bss.co.uk) provides a wide range of services in the broadcast, corporate, education and sports sectors. These include systems integration, the design and construction of virtual production studios, live video production and streaming, and video-on-demand platform management with or without paywalls. A further CJP speciality is the digitisation and restoration of legacy cine and tape for media archiving. CJP also offers video and audio production equipment from leading brands selected on the basis of high quality, versatility and affordability.

CJP customers include national and regional broadcasters in the UK and overseas, government organisations, universities, corporate studio operators and sports clubs. In the sports field, CJP works directly with clubs ranging from grass roots through to tier 1, delivering both technology and live sports production. CJP also offers hands-on training in all aspects of media system operation, as well as technical support for new or legacy studio infrastructure.

This brief summary of the UK SI sector in 2022 gives a taste of the work that some of the most innovative companies in the country have been carrying out. It looks like 2023 will be an even bigger year than 2023. Our publications will keep our readers up to date with the latest news from the sector. 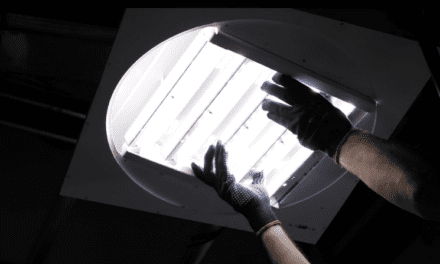 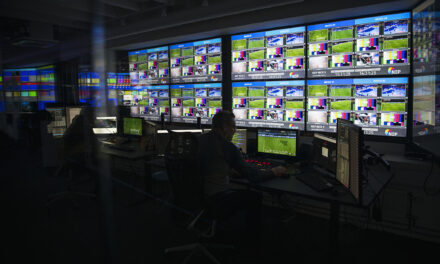