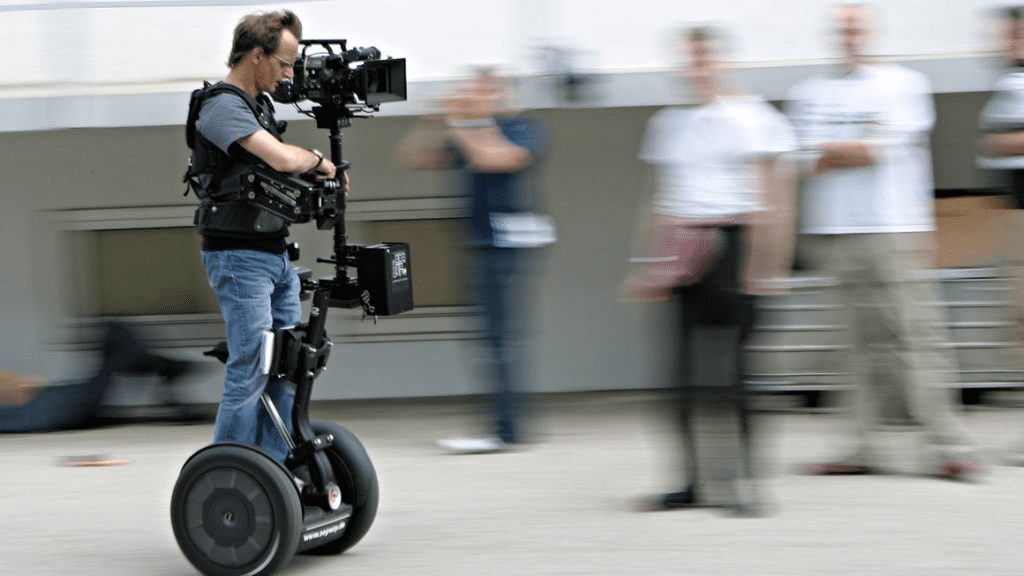 Celebrating the 20th anniversary of artemis camera stabilization technology, now part of the ARRI product family, and its contributions to creative image making.

In 2021 artemis celebrates 20 years of innovation in the field of camera stabilization technology. For the last five of those 20 years, artemis has been part of the ARRI product family, during which time it has reached new heights and been embraced by some of the world’s top filmmakers. The flagship product is TRINITY, the first hybrid camera stabilizer to combine classic mechanical stabilization with advanced active electronic stabilization. Complementing TRINITY are artemis vests and spring arms—all part of a complete and ever-growing system.

The driving force behind the development and success of artemis is Curt O. Schaller BVK, SOA, who is now Product Manager for Camera Stabilizer Systems at ARRI in Munich. Back in 1998, Curt was tinkering with his first artemis model and trying to generate interest in the industry. A key moment came when he took his handiwork to the Showbiz expo in New York that year, and was approached by Michiyo Funayama, who today, by a twist of fate, also works for ARRI—as a Local Business Development Manager at ARRI Japan.Curt O. Schaller demonstrating an early artemis stabilizer rig before he joined ARRI.

“It was a great turning point in my life when I talked to Curt on his small booth at Showbiz,” says Michiyo. “I convinced him to bring artemis to Japan, partly because the vest was able to fit the smaller body frames of Asian operators, and partly because all the parts were metric, so were easier to service in Japan—American stabilizers offered neither of these advantages. Curt has always listened to operators and focused on how services and operations can be done quickly and simply. The fact that TRINITY is now recognized worldwide, with artemis as its foundation, is a testament to his great work.”

In 2000 artemis was acquired by the German grip company Sachtler, and with the help of Sachtler engineers, the system was made ready for its full market launch at NAB 2001. Not only was artemis the first complete system of arm, vest, and rig manufactured in Europe, it was the first stabilizer designed for HD digital cinematography globally, using a patented HD wiring loom. Efficient battery management was also critical, since an HD camera drew around four times the power of a 16 mm film camera.

This HD capability, as well as the attributes Michiyo had recognized at Showbiz, helped artemis establish itself in the Japanese broadcast market, which was leading the world with HD capture. In collaboration with Japanese broadcaster NHK, artemis rigs were used at the 2004 Olympic Games in Athens.Curt O. Schaller combining an artemis rig with a Segway.

That same year, with the system gaining greater traction in Europe, a DP/camera operator named Igor Savatovic SOA took notice: “In 2004 I went to IBC to buy my first big stabilizer rig,” he says. “I saw Curt on his booth with the artemis and asked if I could try it out, and immediately he started putting the vest on me! The thing I remember is that he completely disassembled it first, and then adjusted it strap by strap as he helped me put it on. Nobody at any of the other manufacturers’ booths had done that, and for the first time in my life I felt completely comfortable carrying a rig.

“So, I bought the artemis and it still works perfectly today. I stayed in touch with Curt and would call him a friend; he has introduced so many new and useful innovations for operators. That’s what makes artemis stand out—not just its modularity and ease of use, but it is the only system that has been regularly updated over the years. It was the first rig to be designed for HD-SDI, the first with hot-swap batteries, the first to use carbon fiber.”Camera operator Igor Savatovic with the artemis rig he purchased in 2004.

Reflecting on these incremental technological improvements, Curt comments: “All of this is only possible in a team and with the support of other companies. One company that has been there for artemis from the very beginning is Transvideo. It was Jacques Delacoux who provided me with a monitor at my first trade fair in 1996, starting a decades-long collaboration developing the specifications and applications of monitors. To achieve such a high industry standard, you need top engineers and CAD designers. Without the great work of the international design and service team, and the support of regional dealers over the past 20 years, none of my ideas would have been implemented in a product.”

Having used his artemis rig for a decade, Igor Savatovic was shown TRINITY when it was still a prototype, but it was such a new concept that for a while he wasn’t convinced. Eventually, though, he decided he had to have one. “I had been operating for 20 years and it still made me happy, it’s all I want to do,” he says. “If you ask me, the last great job in the industry got an upgrade when TRINITY came along. I moved to Dubai eight years ago and working here has really proved the reliability of artemis and TRINITY. Sand gets into every part of the system, you just can’t prevent it, but the TRINITY has proved itself in all situations as a reliable tool.”Igor Savatovic with the ARRI TRINITY he operates today, based out of Dubai.

ESPN was the first broadcaster in the United States to produce sports programming in HD, and artemis started to gain utilization on the east coast. An early adopter in this market was operator Frédéric Chamberland SOC, in fact he was the first North American to buy the complete artemis system. “It was my very first rig and one of the biggest purchases of my life at that point,” says Frédéric. “Naturally I was anxious about making such an investment without having seen the artemis in action, but I remember speaking to Curt on the phone and he answered all my questions. I bought the rig and am still operating an artemis TRINITY system today, with beautiful results. Curt has always stood by his products and I have to thank him for creating a system that evolves with the operator, and not the opposite.”

At the IBC show of 2015, the new artemis TRINITY stabilizer caught ARRI’s attention and Curt found himself hosting a crowd of senior managers and engineers. At the same show, ARRI was showcasing its new ALEXA Mini camera, which was a perfect companion for TRINITY, so the timing was serendipitous. ARRI entered into negotiations with Sachtler to acquire the artemis product line, and the deal was finalized in time for ARRI to display TRINITY as an ARRI product at NAB 2016.Frédéric Chamberland SOC flying his first artemis rig with a 16 mm film camera.

Work behind the scenes was intense. Curt’s old team were taken on by ARRI, and together with ARRI engineers, they meticulously migrated the artemis technology, re-tooling every single component from new drawings to meet ARRI’s exacting tolerances, effectively carrying out a complete upgrade behind the scenes in order to guarantee the precision and reliability on which ARRI’s reputation stands.

“The artemis philosophy is, and has always been, focused on workflow,” says Curt. “We don’t want operators to waste a single second on set; it’s better for the storytelling if they can spend time speaking to the director and observing the way actors move, instead of fiddling with equipment or stressing about balance. Many productions can only afford one camera, so artemis equipment was always designed to allow fast transitions from the rig to a tripod or dolly and back again, with no delay. Having a TRINITY on set brings so much more production value than a second camera.”

In residence at ARRI, artemis has influenced other developments, such as the ARRI SAM plates and the decision to construct ARRI Signature Prime lens housings from magnesium to make them as lightweight as possible. Expertise in efficient battery management has also benefitted ARRI’s wider product line. All in all, artemis’ move to ARRI has been constructive for both parties. “ARRI has brought artemis to a level that nobody else could have,” says Curt. “We’re part of a bigger team here—a collection of smart people that you can talk to and collaborate with.”Curt O. Schaller, since 2016 a Product Manager at ARRI, keeps pace with contemporary dancers while shooting a promo video for the ARRI TRINITY.

This cross-pollination and its contribution to advances in cinematic storytelling was exemplified by the combination of ARRI products used by director Sam Mendes and cinematographer Sir Roger Deakins CBE, ASC, BSC on the film “1917.” An ALEXA Mini LF camera and Signature Prime lens were rigged to a TRINITY rig to capture the longest take in this masterclass of long takes, operated by Charlie Rizek.

From its earliest days, artemis has been committed to education, not just sales, and always ran about six training sessions per year. The 20th anniversary is a celebration of the results of that training and assistance as much as of the products themselves. Many operators were helped into the industry by artemis, and have stayed loyal to the brand throughout their careers. This is a point of pride shared by ARRI, which also forges career-long relationships with filmmakers and nurtures emerging talent through the ARRI Academy and countless local initiatives worldwide. 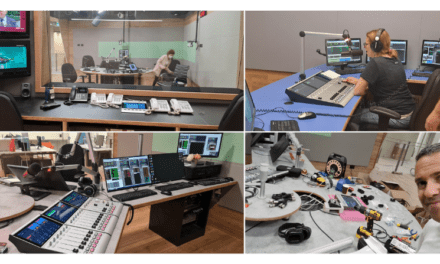 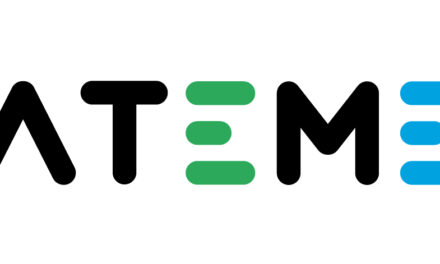 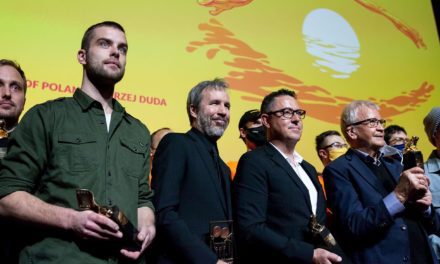